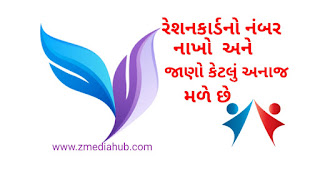 Workers who do not have ration card will also be given 5kg ration under AnnamBraham scheme.grain distribution by govermant of goujar


Public distribution system has been implemented in the state for food security of the poor. Under which the Food and Civil Supplies Department, under the state of Gujarat, the Director, Food and Civil Supplies Office plays a leading role. Monitoring and supervision work is done by regular shops at a reasonable price on a monthly basis for coordination with several agencies for the management of the public distribution system and regular supply of grain and other commodities on a monthly basis. In addition, the demand and supply of goods are also controlled and monitored according to the Consumer Goods Act and the control order under it. 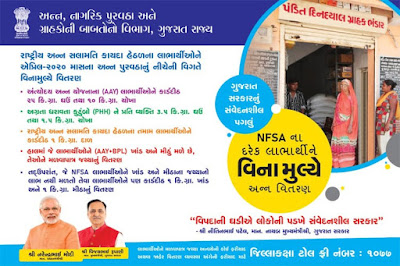 Management system
The State Level Office of the Director, Food and Civil Supplies is located at Gandhinagar to carry out the above mentioned activities. Whereas the District Supply Officer at the district level and the Mamlatdar at the taluka level perform the duties of their respective offices.
Fair Price Shop (Selection and Appointment)
Distribution of essential commodities
Ration card
Transparency and grievance redressal system
Vigilance system
Rural and Urban Vigilance Committees
Organization of the Director's Office
Tribe Awareness Campaign 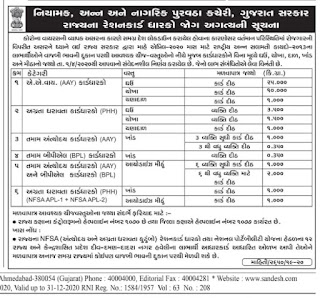 Monitoring of prices of essential commodities
Fair Price Shop (Selection and Appointment)
Issuance of licenses under the Ordinance issued under Essential Goods Act 1, the District Supply Officer / Mamlatdari, at the district level. For the better management of the public distribution system, certain extensions are fixed for the fair price shops in each taluka and urban area on the basis of the population determined by the state government for rural and urban areas, and the fair operators of the select shops for each fair price shop. Having received the recommendation of the Committee, the Collector of the District According to the decision of the District Advisory Committee, the District Supply Officer has to take action. Apart from this, the issue of licensing under Public Distribution Control Order is also done at the district level. 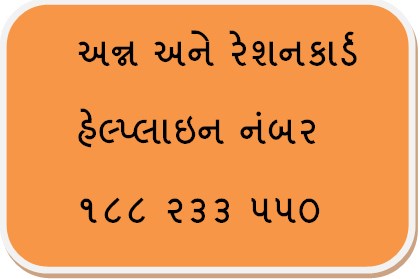 Distribution of essential commodities
The Ministry of Food and Public Distribution of the Government of India allocates grains and sugar on an annual / quarterly / monthly basis for the public distribution system. While petroleum allocates kerosene annually / quarterly by the ministry. District wise symmetry of the quantity of essential commodities available at the state level is taken at the beginning of the month, keeping in view the type of ration card holders, population numbers and standards of essential commodities available per card. On the basis of which the district supply officers allocate for the talukas (villages) and urban talukas (zones). While taluka property owners / zonal officers give permits of commodities on a monthly basis for distribution to shops, kerosene retailers / ferries at reasonable prices. The relevant fair price shoppers have to obtain the amount stated in this permit from Godowns under the Gujarat State Civil Supplies Corporation. While the Government of India's Oil Co. By kerosene agents located in Neemle and district, the permissible amount of kerosene permits to be delivered to a reasonable price shop / kerosene retailer or doorstep delivery site.
Makavana Mahendra J April 02, 2020